What a year, aye? It’s been a long one despite its mathematical calendar being the same as all years before, this one has left us winded and tussled. We’re all glad to see it come to its close. But lets look at some good and take that memory with us.

I know I know, you’re rolling your eyes at me then risking a glance at the bookshelf to the empty spot next to your copy of ‘Right One 4 Diesel’ by Talon P.S. and those of you in France are awaiting the French release of ‘Dominer l’Heritiere’ wondering what good am I referring to. HAHA. Well, I know the delays in the Dominion of Brothers Series has not brought smiles on your faces, rest assured the series is not left behind and you’ll be receiving your bounty in 2018.

But 2017 saw the release of something very different. ME. The real me, the person hiding in the wrong skin for all of my life. The decision to make that change took place the day after Christmas in 2015, as I drove home. I tell you when those words slips from my lets, “Its time.” the rest of me responded “Yeah… yeah… YEAH! It is time.” A smile came over my face and here I am two years later, and I haven’t lost it since. In February of 2017, Princess was finally allowed to slip away with the past and Tarian, a name chosen to match my brothers became legal. 2017, also blessed me with my twin’s face in the mirror. A little older than I remember him, but I am finally my brother’s true twin. And then in October, thanks to the tremendous assistance of the organizers at the Gay Romance Literature convention, held in Denver, Colorado, I came out publicly before all my author and reader friends.

Along with this transition, I gained a renewed strength to ventured back into one of my favorite genres, Historical Fantasy, along with a new author pen name for the genre specific books. Don’t worry, you will still see me writing as Tarian P.S., but keep your eyes out for another version of me to be announced soon, because he’s (me, hee hee) going to take you on a venture that will blow your mind and leave you in a state of book-coma for days.

2018 will also see the release of the next two books of the Dominion of Brothers series, ‘Touching Vida~Vince’ and ‘Seducing His Thief’. And if all goes well A couple more Teddy Bears to add to your collection.

2017 may have seemed like a barren year, but it was actually a year of much sowing. For all of us, it was a year working to make us stronger; a long year of hard work to reap in the new year. 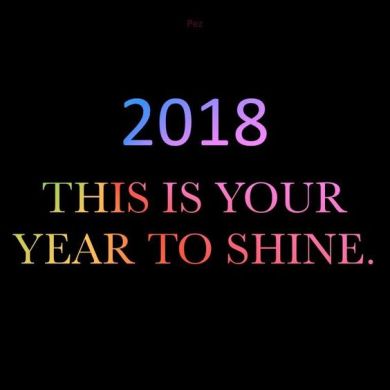